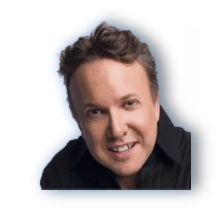 With the major labels now focusing on digital streaming – as opposed to physical units (CDs), no further compilation projects are planned in the future at this stage.

Sadly, with many titles unique to this territory and not available digitally - many tracks may never see the light of day or get a re-issue moving forward. In the meantime, if any credible re-issues surface elsewhere, I shall let you know - on this site.

Current suggestions include a series of Fable/Image re-issues from Ambition Entertainment/Fanfare namely:

And a compilation Lost Hits of the 70s and 80s, featuring hits from the Fable/Bootleg/Image/Avenue catalogues. Rarities (taken from the masters) include “Curly” Jimmy Hannan and “Captain Captain” – Moscos & Stone among others. Mastered by Warren Barnett.

Below, and by following the links, these are all the releases I produced with Sony Music, from most recent to the oldest. Some of these collections have already been deleted, however a few of the others are still available at the usual retail outlets, but will systematically be deleted over the coming year or so.

With over 200 charting Australian hits over the previous five volumes (for each decade – 60s/70s/80s), this volume of the series delves even

deeper into vaults and darkened corners of the Australian Top 40 charts (especially the 1960s set!) - including many titles that were uniquely

hits in just one or two States. Extensive liner notes for each set are included - as are all the chart details around the country thanks to

Gavin Ryan. Huge thanks also to Warren Barnett for not just the many original analogue tape transfers and mastering, but also the

careful tape research involved to seek out the best possible master tape sources. In some cases, this is first time the original masters

have been used since the original hit run!

For those wondering - yes there are many Australian chart titles yet to be mined for the series (larger and smaller hits), but of course due

to licensing issues these tracks are often a giant hurdle or sadly will most likely remain ‘untouchable’!  However patience over the course

of this series has finally paid off, with some titles pursued for earlier volumes finally presented here! 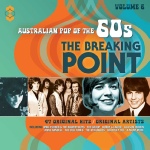 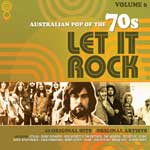 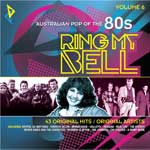 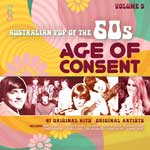 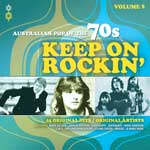 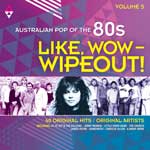 Seasons Of Change - Happening Hits Of The Hippy Era

The late 60s and early 70s saw a growing disillusionment with middle-class material progress and the general emptiness of life. The political landscape was in Australia was at boiling point with anti-Vietnam war demonstrations, and the beginnings of the women’s movement. People protested, grew their hair and began to reorder their lives. Many dropped-out of school and traditional careers to pursue alternate styles of living. These included more freedom, less work, less ambition and being in touch with nature.

Music too was changing – from psychedelia to songs of ‘tuning-in and dropping-out’, protest and folk-inspired anthems, and the hits that reflected the mood of the time, including ‘splitting’ and hitch-hiking to anywhere to experience ‘life’. Many hippies moved to the country and lived in old farm houses or communes, lived organically and played their music.

Seasons Of Change Happening Hits Of The Hippy Era, reflects the ‘happening’ music of this period, with charting hits and some much-loved album tracks. Three ‘far out’ CD’s to take you on that Kombi journey back to that free wheelin’ and free lovin’ time.

As with the first two Volumes, Feelin’ Groovy 3 again digs deep with over 60 hits from the Australian charts of the 1960s including many sought after titles – with some rare Aussie treats as well! Highlights include Graham Chapman’s 1968 hit Gee, I’m Gonna Miss You, (Little) Pattie’s UK recorded 1969 single Gravitation, along with other homegrown stars including Ronnie Burns and Normie Rowe. Bobby Russell’s suburban tale of the 1432 Franklin Pike Circle Hero makes its stereo CD debut - with other rare outings for Dreams Of The Everyday Housewife – Wayne Newton and the original 45 mix of Del Shannon’s Runaway ‘67. Early 60s hits include Surfin’ Hootenanny – Al Casey with the K.C.ETTES and Trini Lopez with a uniquely Australian hit Jeanie Marie. Also an Aussie only hit from Davy Jones, with the rare stereo cut of Theme For A New Love. A much cleaner (at last!!) version of Jose Feliciano’s Adios Amor is also featured on the 3 CD set.

Volume 3 is the latest in the ‘re-boot’ of the series I first worked on back in the 90s. This set includes some titles featured in the original series (with much improved audio quality) along with heaps of fresh and hard to find 70s hits. Highlights include the original MONO single mix of Spill The Wine – Eric Burdon & War (as opposed to the more common edit version of stereo album mix), Max Merritt & The Meteors 1976 follow up and “bookend” to “Slippin’ Away”, Coming Back finally gets an overdue re-issue here. Digby Richards 1973 hit If I Could Write A Love Song has been mastered from the original “Digby Richards” master tape. The tape box noted it was mixed at L.A’s famous “The Mastering Lab” – also worth noting (but did not get to include in my song notes within the booklet) that Digby recorded this track (and the whole album) with some of L.A’s famous session players including Hal Blaine’s understudy on drums - Jim Gordon (“Classical Gas”, “You’re So Vain”, John Lennon’s “Imagine”, “George Harrison’s

“My Sweet Lord” and many Eric Clapton recordings). Giant hits in Australia, but quite unknown in other parts of the world include She (Didn’t Remember My Name) – Osmosis (sounding much better than any earlier CD issues) and Ritzi’s Too Much Fandango.  As with any compilation I work on, it is always great to get some hits on CD for the first time that perhaps were big only in certain parts of the country, even just in one State!! Andy Upton’s Stop In The Name Of Love, big in Adelaide is one such track and even Looking At The Third Window – Horizon (with Austin Roberts on lead vocal), which was a big hit in Queensland but remains totally obscure anywhere else in the world.  Turned 21 was a large Melbourne hit for The New Dream, and sourced from the original master tape also makes it CD debut with Neil Sedaka’s Aussie made hit Wheeling West Virginia also a new digital transfer also sourced from the original master. 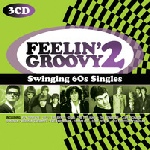 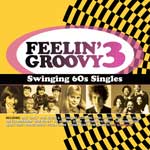 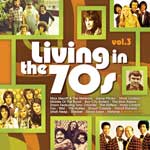 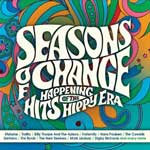 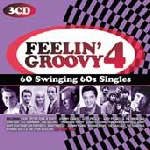 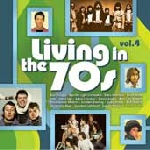 The 4th instalment of Feelin’ Groovy - Swinging 60s Singles features another 3 CDs crammed with Classic 60s hits. Some national hits, along with (as always) those hits unique perhaps to one or two major markets. Highlights include the first time CD re-issue of Peter, Paul & Mary’s 1964 hit “Tell It On The Mountain”, which has not seen the light of day on a legitimate release since its original hit run. The mono single was shorter and more up-beat than the more common album version. This track has been sourced for the first time from the original mono single master. Also included are the stereo versions of “Cinnamon” - Derek and “The Birds And The Bees” - Jewel Akens. And, The Irish Rovers #1 “The Orange And The Green”, “Run Run Run” - The Third Rail (big in Perth), Ray Stevens original mono hit version of “Gitarzan” plus hits from Gene Pitney, New Vaudeville Band, Johnny Young among many others. Detailed liners notes included along with chart details supplied by Gavin Ryan, with all three CDs mastered from the best possible master sources by Warren Barnett.

Living In The 70s Vol. 4, again picks up from the last in the series featuring many rare hits to make the Aussie charts during the 1970s - including local hits from Digby Richards and The Silver Studs - both mastered from the original master tapes for inclusion. Plenty of other gems including Gerry Monroe’s much sought after 1971 hit, The Five Man Electrical Band - with their ‘other’ hit, Paper Lace with the original hit recording of “The Night Chicago Died”. Even Gordon Lightfoot’s classic tale about the ship, the Edmund Fitzgerald makes a rare compilation appearance along with Shocking Blue, with one of their other almost forgotten chart hits to strike locally. Again detailed liners notes included along with chart details supplied by Gavin Ryan, with all three CDs mastered from the best possible master sources by Warren Barnett.

Another Saturday Night – 60s Giants Of The Jukebox

The early to mid 1960s in Australia, and the landscape was rapidly changing – the Holden now had serious competition from newcomers the Ford Falcon and Chrysler Valiant. Householders were saving and buying TV sets and Top 40 radio along with local record hops were in full swing.

Another Saturday Night – 60s Giants of The Jukebox, put together by compilation producer Brent James takes us back to the booming period just prior to - and at the start of the British invasion. A 2CD set superbly mastered with State by State Australian Chart details along with extensive liner notes, the set features local chart hits from Tommy Roe, Johnny O’Keefe, Rick Nelson, Bobby Fuller, The Delltones, Jumpin’ Gene Simmons,

Mike Sarne, Elvis Presley, Del Shannon and many others that set the stage for an ever-evolving decade musically.

Seasons Of Change II – More Happening Hits Of The Hippy Era is the much-anticipated sequel to the original instalment released a couple of years ago. This second volume once again plugs into the ‘vibe’ and musical mood of that late 60s/early 70s period focusing on those tracks

that became local charts hits or album cuts that received copious amounts of radio airplay at the time.

Compiled by (and with extensive liner notes) by Brent James, Seasons Of Change II – More Happening Hits Of The Hippy Era takes in more of the protest songs, the songs that actually said something and songs about breaking with convention and simply ‘splitting’ looking for a new adventure or following the freedom of a hippy lifestyle. Featured are tracks from Canned Heat, Hans Poulsen, Cat Stevens, Loggins & Messina along with plenty of sort-after Aussie treats from  Blackfeather (of course!), Drummond, Russell Morris, Flying Circus, Mississippi, The Valentines, The Sect and Burke & Wills.

80s H’ITS HUGE – Rare and Recycled, as the name and the cover implies is a faithful homage to all those many pop compilations on vinyl we lapped and purchased during the 1980s – collections we still either get nostalgic about or even seek out in second-hand record stores.

Compiled by Brent James along with extensive liner notes and State by State chart details, 80s H’ITS HUGE – Rare and Recycled, contains many sought after 80s gems from artists including Alan O’Day with his second elusive Aussie hit “Skinny Girls” along with hits from Styx, The Kids From "Fame", The Who, Jona Lewie, The Firm, Bill Wyman. Little River Band, The Kane Gang, The Look and many other rare and recycled 80s treats spread out over this 3CD collection. A must have for lovers of 80s, and for those who still treasure their much loved 1980s vinyl various artist albums. 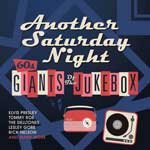 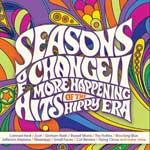 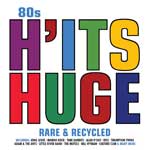